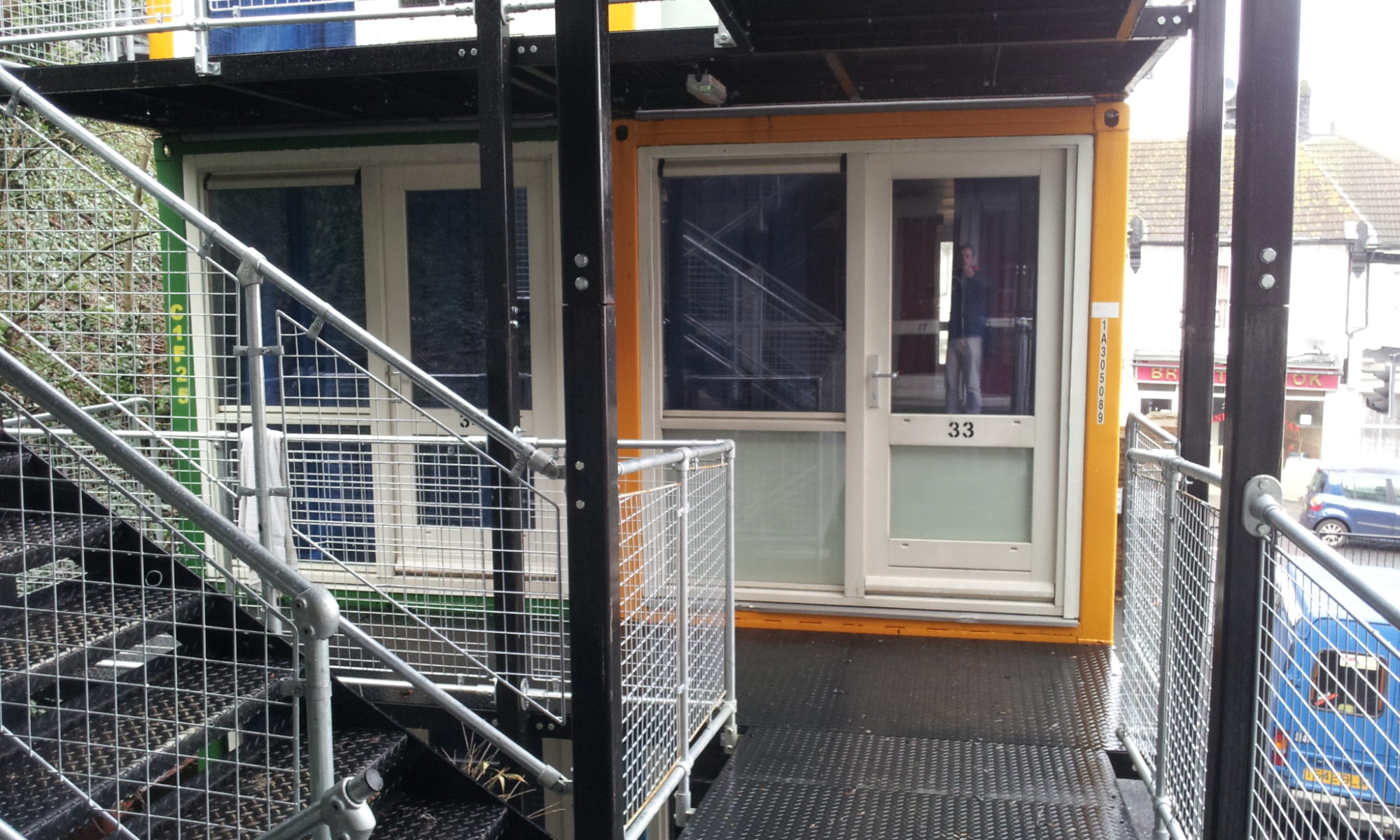 In Brighton, sixty converted 40 ft shipping containers of Tempohousing, were used to build a homeless shelter in the city. The container homes offer decent shelter -an actual apartment- for the local homeless population. This shelter has been erected in less than 8 weeks to help solve the city’s acute shortage of affordable accommodation.

Shipping containers as homeless shelters is really new in the United Kingdom but there are a number of examples in continental Europe. When launching the project there was some reluctance, which soon disappeared when discovered that a converted shipping container can really be a nice home.

The quick assembly and modular style of the complex makes it useful as emergency housing as well.

Remarkable: the 60 container homes were manufactured in Amsterdam in a social factory: in this (temporary) facility unemployed youngsters were hired and received a training-on-the-job, while converting used shipping containers. So 3 advantages in one: recycled containers as a basis, new jobs to manufacture them and used to support homeless people.